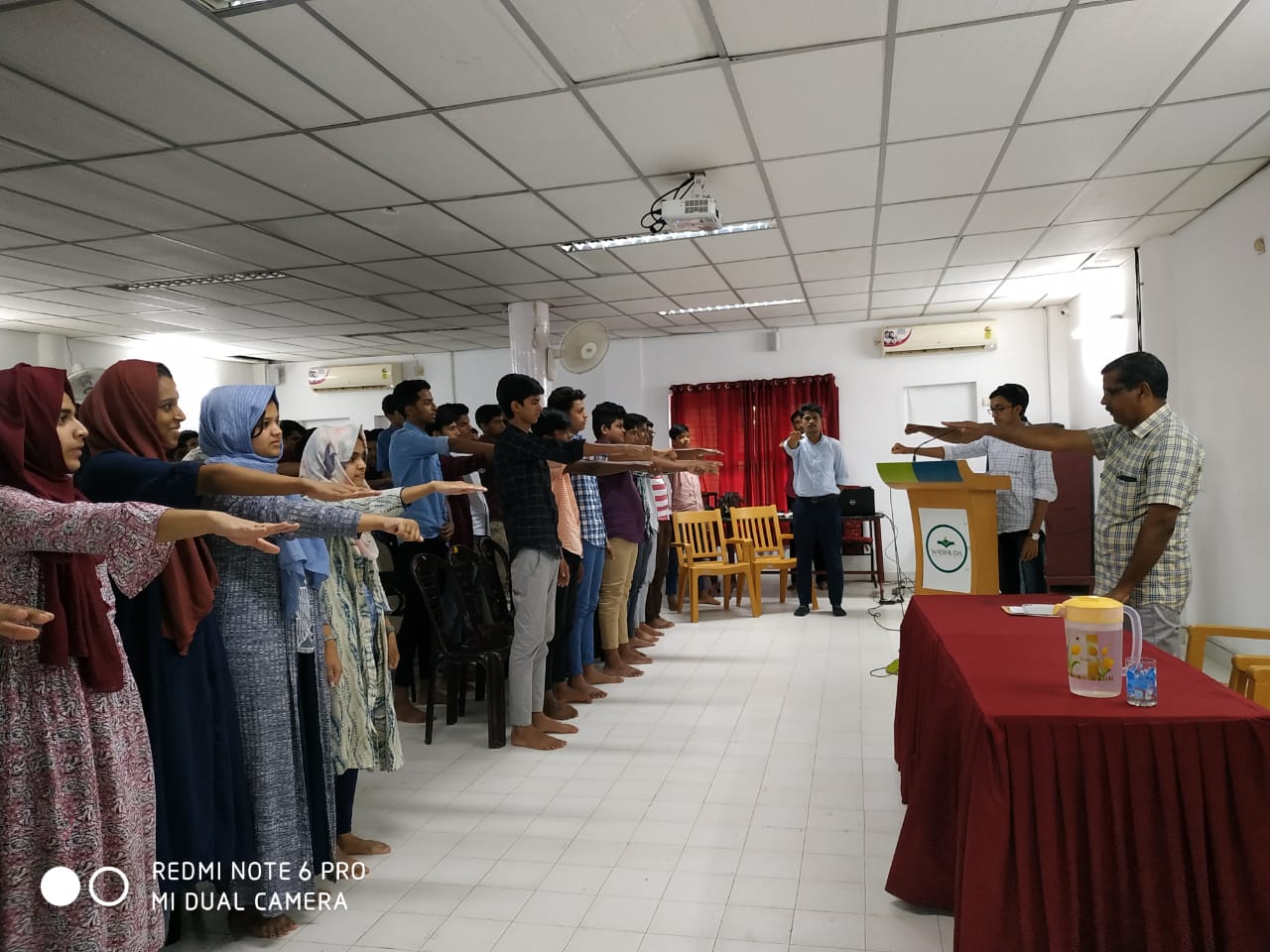 INTERNATIONAL ANTI DRUGS DAY OBSERVED International anti drugs day was observed at Wadihuda Higher Secondary school .The function was officially inaugurated by Mr.Sasidharan, Health Inspector, He opined that the consumption of drugs ruins the mankind at its entirety. Mr.Sajith Kumar, Principal, who presided over the function, pointed out that a child is a replica of both goodness as well as impurities in the society. Around 20 crore people are victimized in various kind of narcotic uses and to put a full stop to this sort of tragedies a child should lead himself . Meanwhile to make this function at its saturation point Mr. Sasidharan pronounced the pledge of against anti drug abuses. The programme which started with the welcome speech of Mr.Rajeesh was dispersed by the proposal of vote of thanks by Mr.Sameer Salam.

WEBINAR ON CURIOSITY FOR THE FUNDAMENTAL CONSTITUENTS OF MATTER